article and photos by Ernest Barteldes

Laura Cheadle traveled light on her recent appearance at Piano’s in New York’s Lower East Side – instead of her full Family Band she was backed solely by her own acoustic guitar, her father James Cheadle on keyboards and a drummer (Cheadle, Sr.  did the basslines on the left-hand side of his instrument), mostly showcasing material from her download-only EP “Chill,” out that day.

She opened the set with an uptempo take on Stevie Wonder’s  “I Was Made To Love Her,” a soul ballad whose lyrics speak of finally finding love and being unapologetic about it. She followed that with “Reverberate,” another tune from “Chill” that has a funky feel.  Cheadle and her father have great chemistry together, and that is evident as her body language affects how he plays – stops are clearly unrehearsed, but since they know each other so well musically it is just seamless.

The audience received the new material well, but things really caught fire when she did a medley of some choice covers including  a low-tempo take on B.B. King’s “The Thrill is Gone” (in which she took over the drums), James Brown’s “I Feel Good,” Aretha Franklin’s “Chain of Fools” and two Stevie Wonder tunes, “Superstition” and “Higher Ground,” the latter of which really showcased her vocal range. During the medley, she left the stage and danced around fans (she even surprised me by coming to my side while I was busy with my notes).

The show ended in a high note – everyone seemed to be having a good time – unfortunately there wasn’t a second set (Piano’s has one set by each listed artist) so we didn’t have a chance for a some more of Cheadle’s music.

I first discovered Nouvelle Vague about a decade ago, when someone handed me a copy of 2006’s Bande a Part, an album which contained very creative treatments of tunes like U2’s “Pride – In The Name of Love” in a a samba-bossa groove and Billy Idol’s “Dancing With Myself” in what could be described as a tongue-in-cheek dance feel.

I have followed them since even though I seem to miss them every time they perform Stateside, this year being no exception. I love the way they recreate the covers they record in a manner that is almost incomparable – tunes feel completely different than the original, and you don’t have that feeling of “why cover this one?” since they have that original feel even if the song is amazingly familiar. 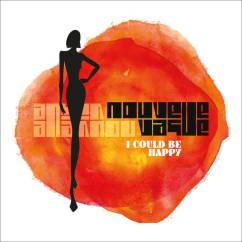 Such is the case of I Could Be Happy, the first to contain original material by Olivier Libaux and Marc Colin, the band’s longtime leaders. The Ramones’ “I Wanna Be Sedated” is played in sleepy down tempo beat reminiscent of the Beatles’ “I’m Only Sleeping” that gives the lyrics new meaning – gone is the rebellious feel of the original and instead is that feeling of someone who simply doesn’t want to get out of bed. Also notable is Richard Bell’s “Love Comes in Spurts,” reinvented here as an electronic ballad that deeply contrasts with the original’s punk arrangement.

Among the independent artists that get our attention, New Jersey-based Laura Cheadle is one of the most frequent – basically because she has great passion on a live setting, is a gifted songwriter and also because she is fortunate enough have a live band mostly formed by her family members – all gifted musicians in her own right.

Cheadle’s new (download-only) EP entitled Chill kicks off with “Conversations in My Mind,” a soul-tinged tune whose lyrics question the narrator’s judgments about her own life. It has a simple but catchy melodic groove and a nice hook that stays in your head for quite some time. Also notable is “See The World With Me,” a gentle ballad about living life beyond the everyday grind.

I also enjoyed the treatment she gave to the cover of the Supremes’ “You Can’t Hurry Love.” While the original (which Phil Collins pretty much copies) was about warning young girls about falling in love too easily, her down-tempo version sends a different message: here is a love-worn woman who is about to give up on finding someone – anyone – but realizes that the best things in life take time even if it breaks your heart every single time.

Though I enjoy hear her on record, the best way to enjoy her music on a live format – those in New York can confirm what am talking about at Piano’s on April 15th – an awesome way to drown out those tax-day sorrows in anticipation of Easter Sunday – or Passover.  Or just another Sunday.