Article and photos by Ernest Barteldes

After two opening acts that included a brilliant saxophone trio formed by three very young musicians aged from 12 to 16 years of age, bandleader and evening curator Jon Batiste took to the stage on the melodica backed by an 8-piece band of multi-instrumentalists, kicking off the show with a marching band-style take on  the Christmas standard “My Favorite Things”  that was blended with  “Papa Was a Rolling Stone.” He then went to the piano for an instrumental version of blues standard “St. James’ Infirmary” where he showcased his dexterity on the piano. 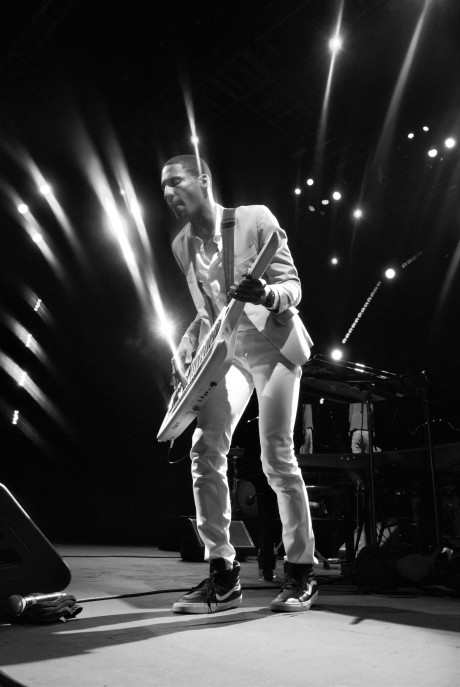 Stay Human have great chemistry together, responding to the bandleader’s grooves with expertise, even when he went off with some improvised moment – I guess that tightness comes from performing on a nightly basis on the Late Show with Stephen Colbert on CBS (I compare with the last time I saw the band at The Charlie Parker Jazz Festival two or three years ago).

Batiste is open to many genres – at one moment, he is playing a boogie take on the “Star Spangled Banner” and the next going into a full rock mode and then drifting into a personal take on “Pour Elise,” which featured a bass solo. The set included covers of The Jackson Five’s “I Want You Back” with the bassline played on the tuba, which preceded included a tuba battle and a full French Quarter-style marching band tune in which the ensemble walked into the audience. 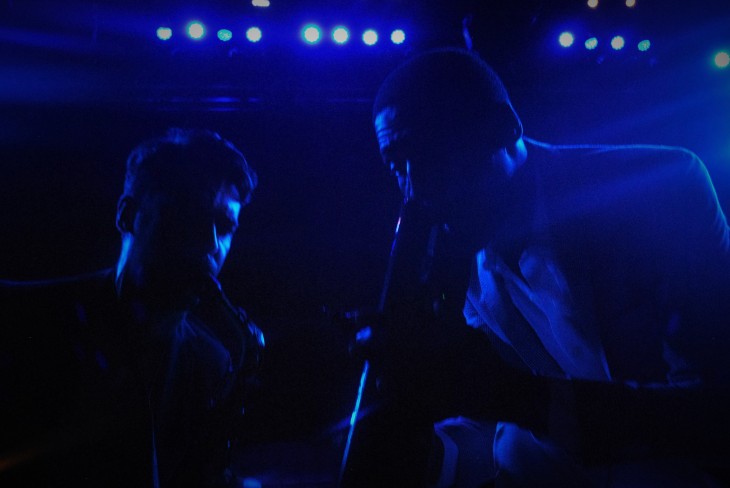 It was a great opportunity to see Batiste outside of the constraints of a TV studio setting, where he stretched the music and improvised freely – I heard some folks in the audience hoping Colbert would make an appearance (considering his recent vocal performances) but that did not happen – instead, the audience was taken to an amazing musical journey under the direction of an amazingly talented bandleader who we all hope to hear again – on stage – soon.

I first met Craig Greenberg about three years ago at a rehearsal studio in Brooklyn.  We were both part of the backing band for Roger Greenawalt’s “Beatles Live on Ukulele” at The Brooklyn Bowl – an event I participated in for three years. At the time, I was pretty oblivious of the New York independent music scene since I’d spent most of my time covering jazz and world acts (to a degree that is still true – even today, more West Coast musicians reach out to me for coverage than folks closer to my own ZIP code – but I digress) and had a vague idea of who was taking part of it. As far as I could tell, these were some musically gifted Beatles enthusiasts who were willing to be part of a charitable event.

It wasn’t until a couple of years later that I realized that Greenberg was actually an accomplished singer-songwriter with great piano and guitar chops (I’ve seen posts about his ukulele, but I haven’t heard him playing that one yet). In fact, one of my proudest moments from the three Beatles events I participated in is a version of “While My Guitar Gently Weeps” in which I contributed bass and supporting vocals with Greenberg on lead vocals, Jeremiah Birnbaum on co-lead guitar and Greenawalt on uke – a the song came out great in spite of the fact that we only rehearsed it a couple of times.

In 2014 I heard Greenberg do his own music for the first time at his debut appearance at Joe’s Pub, which I reviewed for All About Jazz a few months ago – so it was natural that I wanted to listen to The Grand Loss and Legacy as soon as it came out – and let me tell you that his new tunes confirmed my initial good impression of his work as a songwriter.

I read reviews from other writers, and many make obvious comparisons between him and Billy Joel, which I completely disagree with. It’s too easy to pigeonhole a piano-playing rocker from New York to Joel, and I feel that even though Greenberg might have been influenced by him, he goes way farther than that.  What I like about him is his sense of humor towards the music and his jazz-like approach to his main instrument.

One of the highlight from the disc is “That Girl Is Wrong For You,” fast-tempo tune in which the narrator urges a friend to see that he is in a doomed relationship.  The friend spells it right out without any metaphors, making it clear that the woman will destroy his friend’s spirit and advising him to end it “before it’s too late.”  He makes a political statement on “Death on The Liberty Line” that makes a reference to the provisions of the Patriot Act (without mentioning it directly), warning of the dangers of giving up certain freedoms for the sake of fear. I enjoyed how guitarist Patrick Brennan contributed a Brian May-inspired guitar line that accompanies the vocal line and also the ominous-sounding solo towards the end of the track.

Another great moment comes with the uptempo “Weekend Holiday,” a story about a girl who dreams of stardom and once she makes to the top, she seems not to have achieved all of her dreams even though she has everyone at her feet – a cautionary tale about wanting a material life but lacking spiritual achievement.

Greenberg did a great job with this collection – the arrangements were carefully done (although I would have liked the guitars to stand out a little more) and the songs seem carefully crafted.  This is a guy ripe for discovery by a bigger audience – so catch him before he’s playing venues you can’t afford.

Listen to “That Girl Is Wrong For You”